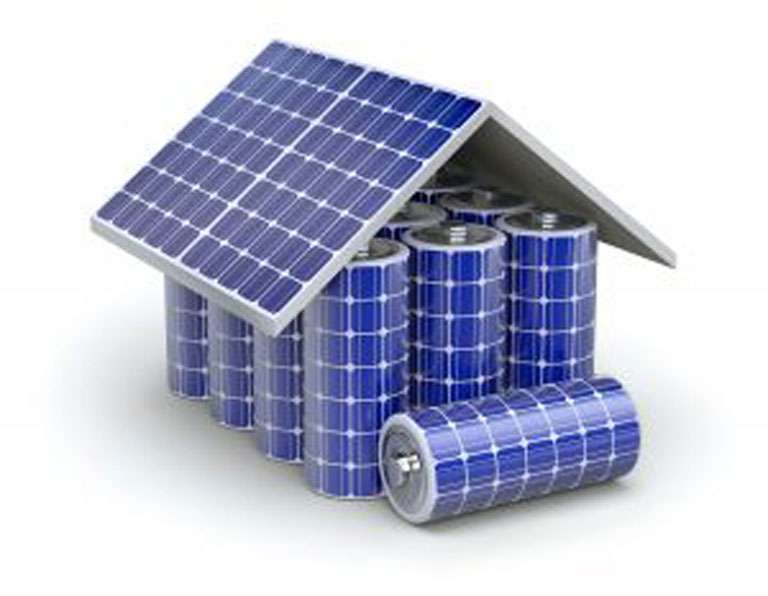 It’s a somewhat ironic development for me, because when I first started to explore home energy storage, people said it just couldn’t be done. They told me it was impossible to find a consistently reliable way for homeowners to store electricity off the grid to use later. It reminds me of the story about the patent officer who said in 1899 that "everything that can be invented has been invented." It’s a good thing that he was wrong.

Now, one only needs to Google "home energy storage" to see a plethora of information and options to store energy to power their home or small office. One of the leaders in this growing niche is Tesla’s Powerwall, which I think totally validates the concept of home energy storage not just as a feasible solution but as a truly valuable product.

What is home energy storage and why does it matter?

Human beings have engaged in energy storage for hundreds of years. Wind-up clocks are a perfect example of a device that was invented to store energy to be used later for an extended amount of time. Another, more basic example is of how we store wood or coal to burn for energy later, or even preserving food so that it’s caloric energy is maintained over time. Energy storage is not a new concept for us to grasp. To the contrary, it’s a classic and fundamental part of our development as a species. But this begs the question: What exactly is home energy storage and how does it work?

To put it in its most basic terms, home energy storage is the act of storing energy to use later to power your home or small office. It generally involves a system to capture energy from a source such as photovoltaic (solar), wind, or the electrical utility grid itself. This includes a battery, a capacitor, and a controller. It’s a simple idea that has complex implications for our way of life.

Financial – The primary financial benefit of a home energy storage system is that it leads to lower electricity bills because it allows you to buy energy during lower rate periods and then store it to use later when rates would be higher. In other words, you can buy and store energy during off-peak times when it’s less expensive and then use that energy instead during peak times when it would be more expensive.

Environmental – As we all know, much of the electricity we use from the grid every day comes from burning fossil fuels. Unfortunately, this leads to the Greenhouse Effect which many environmental scientists say is correlated with global warming, according to NASA. Thus, we can reduce our carbon footprints as individuals by reducing our consumption of electricity from the grid. Utilizing a home energy storage system allows us to consume less energy while maintaining our quality of life and standard of living. This means there’s no need to break out the candles once the sun goes down – you can just tap into your stored electricity and move on.

Main limitations of home energy storage solutions in the market

Home energy storage is an amazing advancement, but it’s not perfect and the technology is constantly evolving. The Tesla Powerwall and its ilk are innovative, but they don’t adequately address many of these primary concerns for everyday consumers:

Size and location – Many home energy units are large, clunky devices that don’t fit conveniently into a home or that take up otherwise valuable room. This means less closet space or storage space for you and your family.

Non-integration – For as smart of a solution as home energy storage seems to be, many of the systems on the market are “dumb” in the sense that they’re not integrated with the Internet of Things (IoT). This means that they can’t communicate important data about your energy usage, nor can they communicate with IoT devices in your home.

Limited environmental impact – Home energy storage solutions can and do reduce the amount of electricity people use and thus decreases their carbon footprint. However, the solutions in the market today leave much to be desired in terms of helping customers and utility companies monitor and control data about energy usage. This means that they’re limited in what they can do to maximize the environmental benefits they produce.

Where the idea for WISE came from

I’ve been involved in the Information Technology industry for a long time, and I’m the current owner of a company that provides IT and cybersecurity services to the federal government as well as other public and private organizations called WillCo Technologies.

Energy storage has always been something that piqued my interest. I chose to invest in this early technology because it’s exciting. I felt like I could have a part in changing the way Americans consume electricity. Using my understanding of information technology coupled with my observations of the industry and marketplace, I started to put together the idea for an “intelligent” home energy storage solution unlike anything else that’s available.

I filed for my first patent for an intelligent home energy storage solution in 2010, resubmitted it in 2012, and was finally awarded a patent in May 2016. I then started a company to manufacture, distribute, and sell these systems called WillCo Intelligent Stored Energy (WISE). We’ve begun to develop WISE products through an agreement with a prominent engineering firm and a partnership with the Missouri University of Science & Technology.