Looking into the Future of Renewable Energy 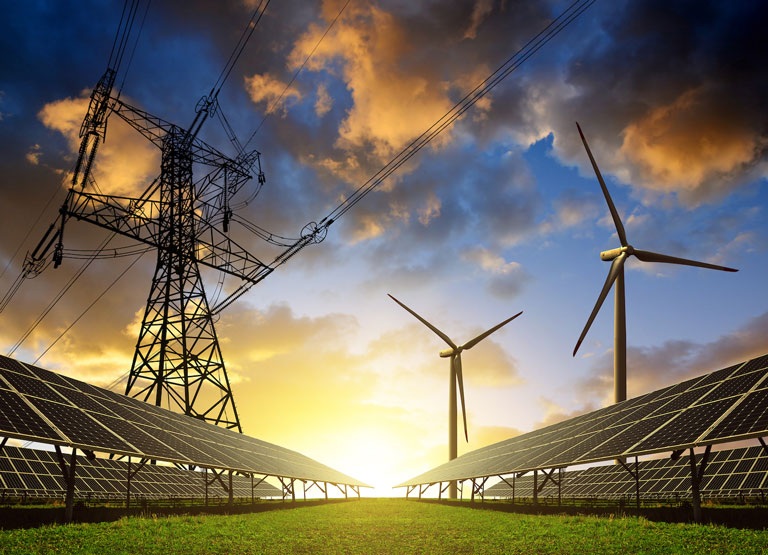 What does the future hold for the renewable energy market in the U.S.? None can say for certain, but we don't need to read tea leaves or consult tarot cards to get a clear picture of what's in store for renewable energy in the coming decades. In fact, trends indicate that renewable energy will have a massive influence in the development of the energy sector for the foreseeable future and beyond.

For instance, it's anticipated that the U.S. will be able to generate most of its electricity from renewable energy by 2050. Currently available technologies can generate up to 80 percent of our energy needs with half coming from wind and solar power and the remaining 30 percent from other renewable sources. This is according to an analysis by the U.S. Department of Energy’s National Renewable Energy Laboratory.

In addition, the U.S. Energy Information Administration predicts that renewable energy will be the fastest-growing power source through 2040. This is based on the fact that new investments in renewable energy rose from $9 billion in the first quarter of 2004 to $50 billion in the first quarter of 2015, and the fact that the number of solar power systems installed in the U.S. has grown every year since 2000.

This is excellent news for all of us because renewable energy can lead to reduced global warming emissions, improved public health, a virtually unlimited energy supply as well as jobs and other economic benefits.

Another aspect of the growth of renewable energy is the ever-increasing feasibility of utilizing energy storage technology such as lithium-ion batteries. Recent cost trends indicate ongoing reductions in the costs of battery cells and other components. This means that battery technology in the context of storing renewable energy is becoming cheaper, and therefore more accessible and useful, every day.

When renewable energy is combined with energy storage technology, the implications for the future of the energy industry could be staggering. We may approach a point where the grid as we know it shifts from being interconnected and interdependent to being a series of microgrids that can independently produce and store electricity on their own. Energy storage is the catalyst that will help realize the full potential of renewables.

Another aspect that’s relevant to the future of renewable energy is the Internet of Things (IoT) and how it empowers intelligent energy storage. The IoT makes it possible for renewable energy systems, energy storage systems, and utilities to communicate data about energy generation and usage throughout the grid to the loads at the grid’s edge. The resulting “smart grid” is more efficient, reliable, and resilient, and the data it generates can be used by utilities and consumers alike to help them make better energy management decisions.

Predicting the future can be a tricky business, but it’s virtually a foregone conclusion that renewable energy will continue to have an ever-increasing impact in the energy market for many years to come. The implications may soon affect every facet of our daily lives.