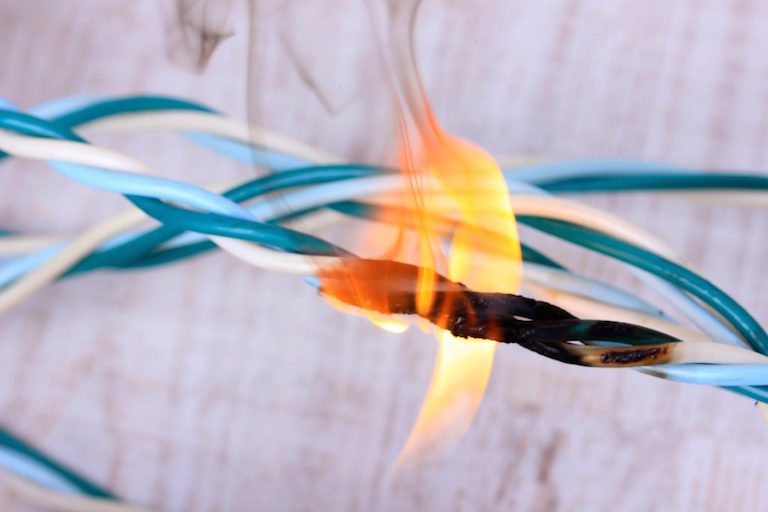 What do you get when you cross a squirrel, a fire, and electrical equipment? A power outage that’s no joke for area businesses. Unfortunately, those exact circumstances left nobody grinning when they happened in Kansas City last Monday, Dec. 5. But a local startup is preparing to rollout next generation technology that gives everyone something to smile about.

Last week’s power outage in downtown Kansas City left approximately 20 buildings without electricity. The incident was reportedly due to an underground fire caused by a squirrel that damaged electrical infrastructure, according to local electrical utility company Kansas City Power and Light (KCP&L). Employees were sent home and businesses closed, including those in City Center Square and Town Pavilion.

"Next generation energy technology that is already transforming modern energy consumption could have avoided this kind of disruption. A half-day of lost productivity and earnings for all those businesses can be costly to their bottom line, especially at this time of year," said Kevin Williams, founder and CEO of Willco Intelligent Stored Energy (WISE), an energy storage technology firm based in Kansas City.

"But next generation energy technology and energy storage are at the forefront of one of the largest growth opportunities that exists today. It’s an opportunity for both consumers and investors to benefit and we’re proud to help bring it to the mass market," said Williams.

What are the causes and effects of power outages?

Restive rodents aren’t the only thing that can cause power outages. In fact, most outages are caused by weather such as high winds slamming tree branches into power lines or lightning strikes leading to power surges. Traffic accidents that result in damaged power boxes are another common culprit.

According to the Inside Energy grid disruption database which details 15 years of power outages across the United States, between 2000 and 2014 the number of reported power outages rose across the entire country. This was due to aging infrastructure, a growing population and more frequent extreme weather all putting strain on the electric grid. Data shows that the five-year annual average of outages doubled every five years, meaning the current five-year annual average is four times what it was fifteen years ago.

Besides the associated inconvenience and costs, power outages can also be deadly. Loss of power during extreme hot or cold weather can threaten lives, especially the elderly. Life-saving devices such as oxygen machines can also fail, like what happened during a power outage in Kansas City last summer in which a man nearly died because he couldn’t breathe.

Currently most utility companies like KCP&L must rely on customers self-reporting a power loss before they can respond. There’s usually no way to know when an outage is about to occur. The only thing that comes close to being able to give warning about a power outage is KCP&L’s interactive outage map which is updated after the fact.

Fortunately, WISE has developed an intelligent energy storage system which, if installed, may have mitigated if not completely prevented the impacts of the outage. Here’s how:

Intelligent energy storage – WISE technology allows you to store electricity from the grid to use later in times of necessity such as a power outage. Instead of losing power during an outage, buildings with a WISE system could simply switch to the energy they already have stored. This would allow them to keep everything humming without any interruption in the flow of electricity.

Automatic outage notification – Because the WISE intelligent energy system communicates power usage data through the Internet of Things, KCP&L would receive feedback about an outage automatically without anyone having to report it, enabling the utility company to act more quickly to restore power.

Smart city infrastructure – WISE can help utility companies and local governments collect Big Data about electrical infrastructure including information regarding power outages. They can then analyze that data to identify opportunities to create a smarter, more resilient infrastructure that effectively prevents and mitigates future power outages for everyone.

WISE is a Kansas City-based technology firm focused on energy storage solutions. Their revolutionary technologies are designed to help commercial and residential users gain more control of their energy use and costs. Established in 2015, WISE is a startup firm and wholly independent subsidiary of WillCo Holding Company. For more information, visit www.willcoenergy.com or @Get_WISE_Power