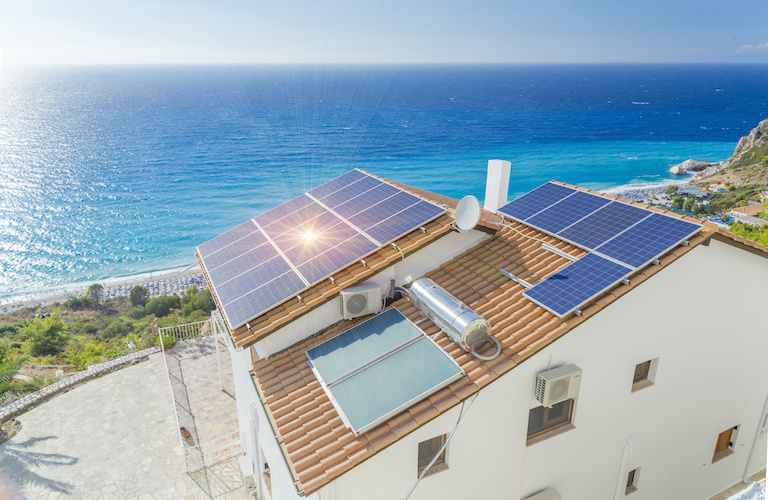 This post originally appeared in Renewable Energy World magazine. It has been reprinted here.

The energy storage market will expand dramatically in the coming years from an annual installation size of 6 gigawatts in 2017 to more than 40 by 2021. In addition, an IMS Research report predicts that the market for storing energy from solar panels will go from $200 million in 2012 to nearly $19 billion by the end of this year. This is especially impactful for residential solar, which has seen consistent growth in the past few years and will continue to grow for the foreseeable future.

According to McKinsey, energy storage could be the "missing link” that makes intermittent renewables such as solar and wind power totally accessible and reliable all the time. That’s because it allows energy that’s stored while the sun is shining and the wind is blowing to be used later when the wind isn’t blowing or when it’s dark outside. McKinsey also indicates that there’ s significant near-term potential for energy storage, and that this is largely due to the fact that prices are dropping dramatically and could be as low as $160 per kilowatt-hour by 2025.

Clearly, there is a mutually beneficial relationship between solar and energy storage. Particularly, long tail solar companies will see greater opportunities as the industry moves away from consolidation and being dominated to a handful of large companies. This remains to be true despite the recent U.S. government policy shifts that deemphasize climate change. In fact, several companies as well as state and local governments have responded that this new policy won’t impede their efforts to support the development and implementation of clean energy including renewables.

Choosing the best partnerships between solar and energy storage

Business and economic forces indicate that as the energy storage market grows, so will the competition for market share amongst companies in the industry. This is a beneficial situation for long tail installers because it positions them to choose which energy storage partners will benefit their business models the most.

Howver, long tail installers should primarily focus on cultivating partnerships with energy storage providers based on the needs of their customers. This will create a strategic advantage in the long-run by avoiding business development pitfalls that lead to wasted resources. Thus, long tail solar installers that offer unique energy storage solutions that are directly relevant to their customers' interests will gain a competitive edge in the marketplace.

For example, simple energy storage solutions would be fine for the customer who’s only concerned about saving some money on electricity costs or reducing their home’s carbon footprint somewhat. But, a customer who is interested in a more comprehensive smart home energy storage that realizes these benefits to a greater degree as well as many others will want more sophistication in terms of what their solar partnered with energy storage provider can offer, and will likely prefer an intelligent energy storage system. Some of these additional benefits include the ability to monitor and manage a home's energy usage in real time as well as the convenience of integrating smart home and home automation devices into a single user interface.

The benefit of partnerships between solar and energy storage isn’t one-sided. Instead, it’s a mutually beneficial way for energy storage providers to offer renewable energy solutions for their customers as well. As a result, companies in both industries will be able to create new revenue streams beyond the capabilities of solar or energy storage alone.

There is a tremendous amount of opportunity for solar partnered with energy storage. What needs to happen next is for companies in both industries to form strategic partnerships that will lead to the greatest benefits for their customers. Everybody wins when this happens.